10 Things About Bonus Shares That Confuse an Amateur Investor – | 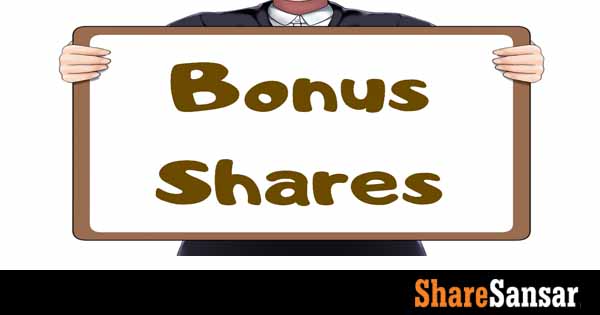 In no time, an amateur investor dabbling in the secondary market is overwhelmed with the talks of bonus dividend announcements and the hype that ensues among investor circles.

It is then ingrained within the discussion that a bonus dividend declaration is a good thing for the company and its investors: the higher the percentage declaration, the better.

However, there are numerous things about the bonus dividend declaration that make it hard for an amateur to connect the dots and get a bigger picture. The fact that even experienced investors have misunderstood it in part makes the matter even worse. Thus, this article is penned for the amateur investor who entered the secondary market recently, perhaps in the bull run that started a year ago. Nonetheless, this article may also be used by experienced investors to compare their own understanding of the matter and check if they’ve got it all correct.

1) The first point is for the basics

To start with, a bonus share declaration is a way for companies to pay back their shareholders. Companies may choose to directly distribute a portion of their profit in cash dividends. However, there are limits to how high a company can distribute cash. Furthermore, it is understood from a value investing standpoint that a company that chooses to distribute all its profit in cash does not know what to do with the money. By common sense, a company should reinvest its profit to be bigger, better, and more efficient.

This is where the concept of bonus share comes in. Distributing bonus shares is a way for a company to pay back its shareholders without actually sending a cash deposit their way. A company can choose to distribute, say 20% bonus shares, and the shareholder will have 20% more shares after a bonus declaration than he had when he bought the shares.

If an investor had 100 shares before a 20% bonus declaration, he’s now going to have 120 shares in total after bonus distribution.

The entire procedure and timeline of bonus share distribution isn’t the primary focus of this article. Investors who need to educate themselves with that first will find answers here and here.

However, things aren’t this clean and simple. An investor can’t sell his 120 shares at the same price that he’d have sold the 100 shares. In other words, an investor isn’t suddenly gifted with 20 times the share price worth of profits. This is because these bonus shares will have to reduce the stock price of the compan. All this will be explained in the following points.

2) Issuing Bonus shares is considered a form of financial trickery

The reader may be confused from the first point: If the company did not pay any cash and decided to distribute bonus shares instead, where did the actual amount it earned in profit go?

Hence, on a careful look, one notices that the amount is only transferred in theory from Fund A (retained earnings) to Fund B (share capital). The company still has the same amount of assets it had before. Would you get richer by taking a Rs 1000 note from your left pocket and putting it in your right pocket?

Author’s Note: The example above is bluntly put for better understanding, and bonus declaration isn’t really a zero-sum game, since a company benefits by increasing its share capital and reinvesting its profit.

As explained in the point above, bonus share distribution does increase the share capital of a company. According to Investopedia, this causes the company to be perceived as being bigger than it really is, making it more attractive to investors.

A company with bigger share capital is considered with its clients and investors with admiration and respect, because the share capital is, in fact, the primary measure of a company’s size, credibility, and trustability.

As was lightly mentioned in previous points, bonus shares cause a reduction in the stock price of a company during book closure day. But this reduction isn’t random. There is a principle that must be followed.

This is the principle mentioned in the point above. During the book closure date (bonus adjustment), the stock price of a company is reduced in a way that the added number of shares does not change the market capitalization of a company.

For example: Say a company had 50 shares trading at a market price of Rs. 100 per share. Thus, the market capitalization of the company (market price multiplied by the number of shares) is Rs. 50,000. A company then distributes 100% bonus shares, hence increasing the total shares outstanding to 100. Now, in order to have the same market cap on the book closure date, the share price is reduced to Rs. 50 per share, such that,

To calculate the adjusted price after the book closure, readers can use Sharesansar’s automatic Bonus Share Adjustment Calculator.

A bonus declaration is done proportionally. On a 20% bonus share declaration, an investor holding 10 shares will get 2 extra shares and an investor holding 100 shares of the company will get 20. Each shareholder still owns the same portion of the company, since every shareholder has had the stocks in his portfolio increase by the same proportion. As a result, there is no change in percentage ownership in the business.

After bonus adjustment, an investor is left with more shares but with a lower per-share price, hence keeping his portfolio amount the same. If an investor does not pay attention, he will not notice the book closure day because his portfolio isn’t suddenly slashed or increased.

The stock is then traded after bonus listing, and the change in stock price that follows is a result of supply/demand forces, like on any other day.

8) However, the major advantage is that an investor is left with more shares without having the par value reduced.

Yes, in the middle of all these changes and adjustments going on, there is one thing that does not change for the company’s stock: its par value. For most companies in Nepal, the par value is Rs. 100. The par value of a company remains the same irrespective of daily fluctuation in its market price. The par value is maintained after bonus adjustment. Hence, even if an investor holds more shares but with a reduced market price, hence causing no change in his investment, he can console himself that he now owns more shares of the company that has the same per-unit par value as before when he owned much less.

In this regard, a bonus declaration is very similar to a stock split. A stock split increases the number of shares of a company by reducing its per-unit share price. Thus, an investor is left with the same value of his investment, with the difference that he now owns more shares that have a lower price.

Thus, the advantage of a stock split or a bonus declaration is that it makes the stock affordable for investors since each share costs less. Furthermore, existing shareholders may also choose to comfortably trade their shares in case they need cash. This helps to increase the liquidity of a stock.

There are numerous gray areas around bonus declaration in Nepal.

Sometimes, a company’s stock sees price appreciation BEFORE a handsome dividend announcement is made public, hence pointing out to insider information leakage. Furthermore, anonymous social media profiles make dividend declarations before the company does, and seemingly-rational investors follow them.

While the task of regulating such ill doings is the responsibility of the regulator, there is a belief in the Nepalese market that has become an unwritten rule. Nepalese investors believe that the price of a company climbs back to its previous price after bonus adjustment, perhaps in a number of trading days. They believe it happens because of investor psychology since investors have seen the price at a higher level already.

However, apart from the obvious benefits of the bonus declaration and its underlying essence (reinvestment of profits), there is no justification that price rises and reaches this level. Stocks generally move up in the longer term, and the author believes that the probability of the stock price reaching this level is the same as it reaching any point in the stock chart.

Gurung is a media officer at Sharesansar who dedicates most of his office hours to reviewing article submissions, publishing news content, and occasionally interviewing heads of the coolest companies in Nepal. He maintains a personal investment journal at nepalearn.com.