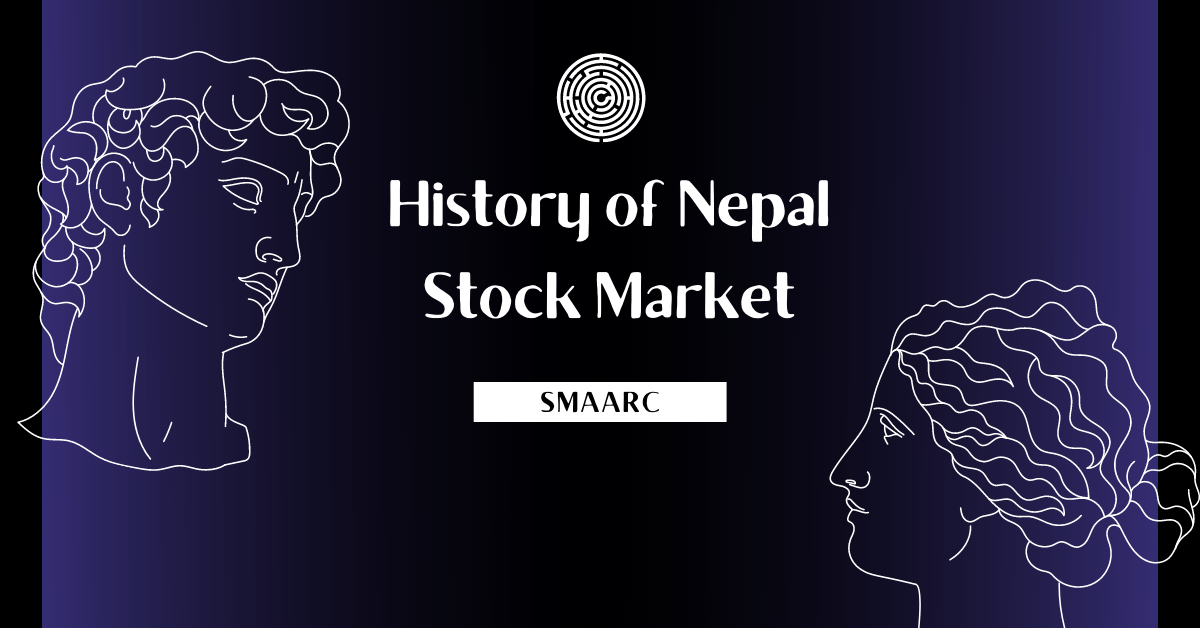 Biratnagar Jute Mills and Nepal Bank Limited were issued to the public in 1995, share trading started unofficially in Nepal. At that time, when the company issued shares, the sales and issue management company and the stock exchange were not as they are now.Both the companies had managed the issue and sale of shares themselves. After Biratnagar Jute Mills and Nepal Bank, no other institution entered the capital market for many years. Meanwhile For the first time since the introduction of the Companies Act in 2021, government bonds have also been issued. However, a systematic mechanism and body for trading securities had not been established till then.

However, the necessary legal and institutional infrastructure was not available for the center to function as planned. To make the role of the center effective, the Securities Trading Act was brought in 2040 BS. The first amendment of the Act was made in 2043 BS. However, the expected progress has not been made in the capital market.

The policy of economic liberalization adopted by Nepal after 2046 BS greatly helped to mobilize the capital market. In 2050, the Securities Trading Act 2040 was amended for the second time and the Securities Trading Center was transformed into the current Nepal Stock Exchange (NEPSE). After that, regular trading has started from January 12, 2050 to calculate the Nepse index. After the amendment of the Act, the Nepal Securities Board was also established as an autonomous body to regulate securities transactions.

A total of 66 companies were listed on Nepse at the start of trading. Currently, a total of 240 companies are listed in Nepse. These include 29 commercial banks, 96 development banks, 48 ​​finance companies, 22 insurance companies, 4 hotels, 18 manufacturing industries, 8 hydropower companies, 4 business groups, 2 preferred stocks, 7 mutual funds and two other telecom and film development companies.

This is how shares are traded in Nepse

For nearly a decade and a half since the establishment of Nepse, securities have been bought and sold in the open bidding system, open-out cry system. Securities are being traded through computerized automated system from August 2063. Currently, more than 60 stockbrokers are acting as intermediaries for the sale and purchase of securities listed on Nepse. In Nepal, securities are traded only through primary issuance and secondary market. The Office of the Registrar of Companies has decided to conduct OTC trading only a short time ago as the Securities and Exchange Board of India (SEBI) had given permission to operate over-the-counter (OTC) market for trading of unlisted or delisted securities. At that time, especially after the delisting of the shares of Nepal Bank Limited, the Board had paved the way for the transfer of the shares of the bank from OTC.In many of the world’s fastest growing capital markets, the third market and the fourth market are in practice as informal market mechanisms for trading securities.

The board has full legal authority to allow the operation of new stock exchanges. However, due to lack of interest from the Ministry of Finance, private sector stock exchanges could not come into operation. As there is no need for additional stock exchange according to the size of Nepal’s economy and market capitalization, Nepse should be privatized.