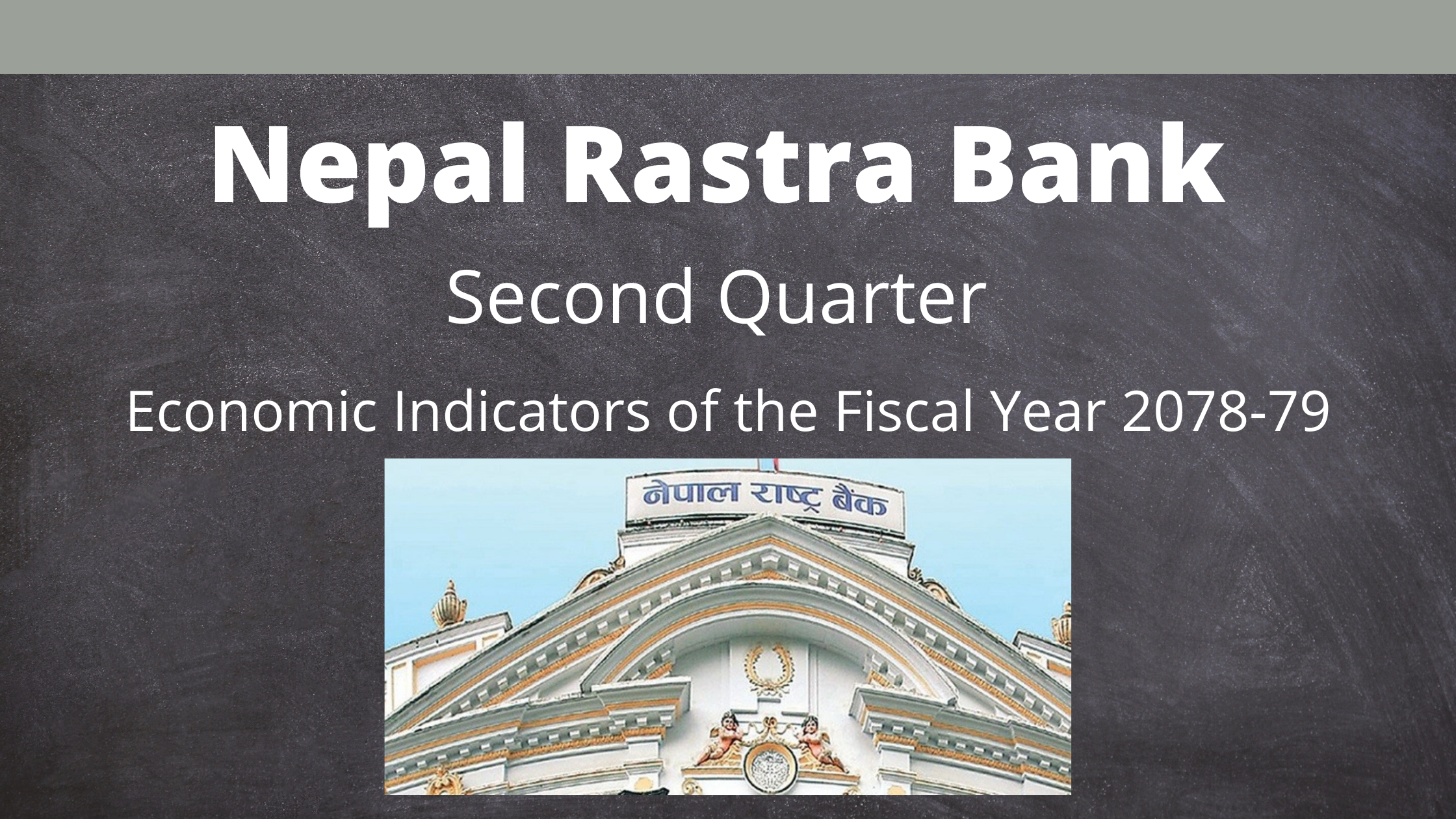 Nepal Rastra Bank has published the economic indicators for the first 6 months of the Fiscal Year 2078-79.  Here are some positive ones to keep in mind.

2. The number of people going for foreign employment has increased by 1,63,517.  This will help increase remittances and solve the problem of unemployment.

3. The government has collected taxes, revenue and income as estimated in the budget.  A total of 542 billion has been collected in 6 months.

4. Mergers and Acquisitions have reduced the number of banks and financial institutions to 129 and increased the branch network to 11,215.  Out of 753 local bodies, 750 local bodies have already reached the branches of banks.

5. Gross Domestic Product (GDP) is negative at 2.1% last year, but this year it is positive growth of 4%.

6. The growth rate of government revenue has increased from 0.2% last year to 16.3% this year.

Things to worry about:

1. Foreign exchange reserves increased to about US 14 14 billion in 2077 and are now declining to US जम्मा 9.89 billion.  This amount is sufficient for import of goods and services for 6.6 months.

4. Imports of Nepal Rastra Bank have increased by 51.1% in spite of austerity measures.

5. Despite the lack of liquidity and declining foreign exchange reserves, travel expenditure has increased almost 100 percent to Rs. 29.72 billion.

6. Remittances, which increased by 11.1% last year, have declined by 5.5% to Rs. 468.45 billion this year, despite the growing number of Nepali nationals going for foreign employment.

9. Uncomfortable liquidity situation persists in banks.  The loan-to-deposit ratio is above 90%.

10. As the base rate of banks has increased, so has the interest rate on loans.  Customers are required to pay interest rate above 11% when taking a new loan or renewing a loan.

On the whole, the state of the economy is not worrisome, but it is in a state of flux.