Nepal receives over 4.1 million doses of COVID-19 vaccines from Germany – | 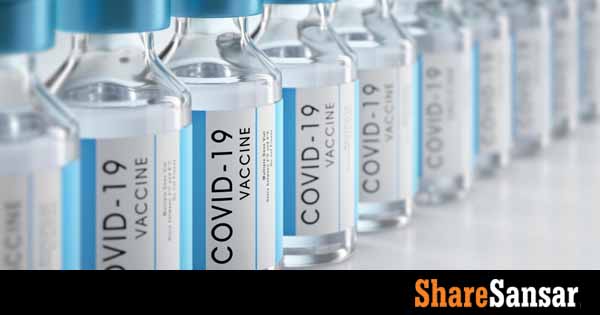 The Government of Germany has handed over 4.1 million doses of COVID-19 vaccines to Nepal.

Chargé d’ Affaires of the German Embassy Dr. Stephan Russek handed the shipment of vaccines to Minister for Health and Population Birodh Khatiwada amidst a program at the Ministry today.

On the occasion, the Health Minister said the vaccines provided by Germany would be a support in meeting the government target of vaccinating the mass against COVID-19. Stating that Germany was lending its helping hand to Nepal in the fight against the pandemic since the beginning, the Minister said the vaccine assistance had added one more dimension to the bilateral relationship between Nepal and Germany.

“The German Government’s assistance for the management of information relating to COVID-19 test and of health-care waste is commendable,” the Health Minister said.  He further lauded the assistance of Germany in launching and institutionalizing health insurance in the country, building hospitals, and health facilities, institutionalizing health information systems, and strengthening the entire health system.

Similarly, hospitals constructed through Germany’s assistance in Gorkha, Jiri, and Ramechhap districts under the post-earthquake reconstruction have been constructed and handed over,  the Health Minister said.

Under the Recovery-2 program, the German government has been carrying out the preliminary works for the construction of the Bhimeshwor Health Post in Dolakha, the Jhaukhel Health Post in Bhaktapur, the Sankhu Primary Hospital in Kathmandu, and the Melbisauni Health Post in Bajhang district.

The Government of Germany had provided grants equivalent to 10 million Euros to Nepal since the beginning of the COVID-19 pandemic.

On the occasion, the German Chargé d’ Affaires said the German government has been assisting Nepal in education and health, and that the vaccine assistance will help protect Nepalis from the COVID-19 pandemic.

Spokesperson of the Ministry, Dr. Sangeeta Kaushal Mishra said the Moderna vaccines would be given to children of the 12 to 17 years age group from December 19 to 27. According to her, the government will administer the vaccines to children at their schools in 57 districts. The Johnson & Johnson vaccines would be given to those people going abroad and to other target populations.