What is a commodity market? How to invest? 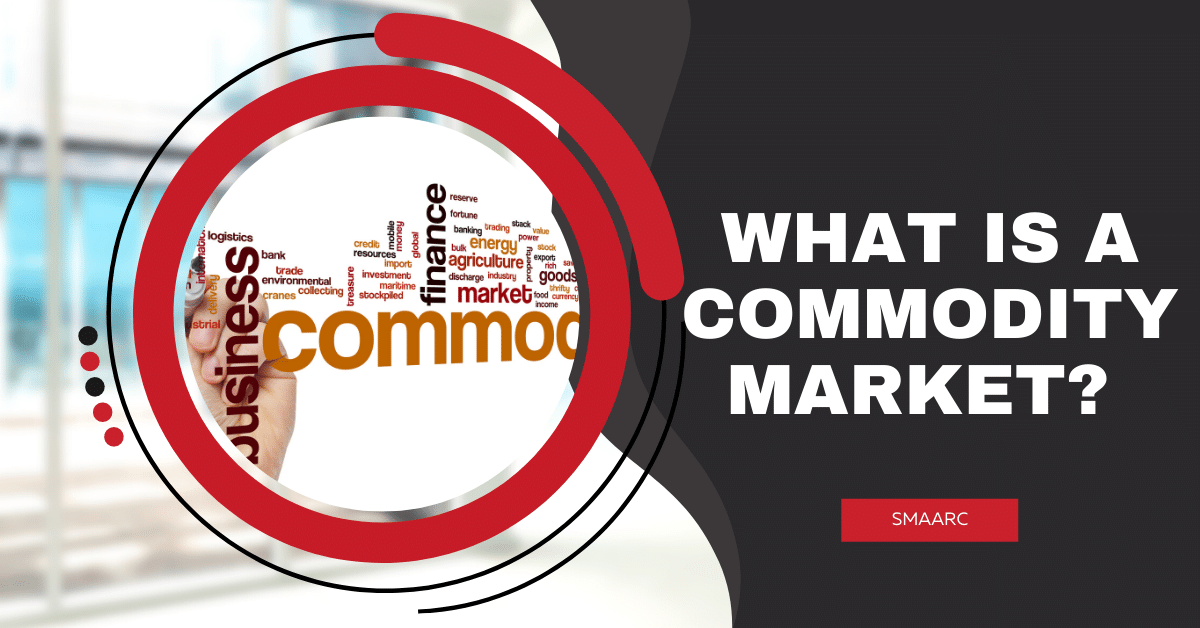 Commodities are items that are not packaged under a brand name, such as wheat, corn, coffee, gold, silver, and crude oil. Its value fluctuates not only daily but also hourly. During such fluctuations, such commodities are systematically traded through exchanges with the aim of generating profits for investors and minimizing the risk of future price fluctuations for producers. In this system commodity transaction agreement is made.

What is a commodity exchange?

A commodity exchange is a place for buying and selling various commodities. In a commodity market, ownership of a commodity is not only transferred from one person to another but also physically from one place to another. At present, even without the presence of physical goods, only the ownership of such goods is being bought and sold. This transaction is done through organized commodity exchange. Only when the property is bought and sold can the item remain where it was (i.e. in the warehouse).

Only paper showing ownership of goods is bought and sold. Seen in this way, the commodity market is like buying and selling land. Therefore, such commodities (called commodities) can be invested in the same as stocks or real estate. Therefore, organized commodity exchange is considered as a part of capital market like stock exchange.

Although the commodity market in Nepal started decades ago, it has been formally started only about seven years ago. Commodity and Metal Exchange Nepal (Komen) was formally launched on December 14, 2006.

(Komen), Mercantile Exchange Nepal (MEX), Nepal Derivatives Exchange (NDEX), Wealth Exchange Pvt. There are nine commodity exchange companies in operation, including ECX and RCDX. It is understood that some companies are preparing to operate.

Overall, these are the things to look for when investing in a commodity market:

-Exercise caution when trading commodity futures.
-Giving equal importance to the advice and suggestions of experts.
-Be aware of the investment mantras on various websites.
-Official website, use only television.
-Be aware of incoming emails.
-Checking member giving advice, checking the reality of the analysis in the broker.
-Determine the amount of risk you take.
-Book a profit and always stay ahead.

What do you need

Commodity futures trading was started by the ancient philosopher Thales. Thales had developed a special formula, which helped him to estimate the future value of olives at that time and to make a profit by investing in them. This is even mentioned by the philosopher Aristotle in his book Politics.But the first modern commodity futures exchange is considered to be the Dojima Rice Exchange in Osaka, Japan. The Chicago Board of Trade (CBOT) was established in the United States in 1848.

Currently the largest commodity futures exchange is the Chicago Mercantile Exchange. The Chicago Mercantile Exchange was established in 1919. Commodity derivatives also began to be traded in the 1970’s. The use of high technology in commodity trading has been on the rise since the 1970s. Currently, commodity transactions around the world are done automatically through sophisticated computers and the Internet.

Derivatives are agreements that are made today to fix goods at a certain time in the future, either to transfer goods or to account for cash. Such agreements are not only for buying and selling goods and property but also for transferring or buying and selling other financial assets such as shares, debentures, interest real estate etc. The item that is agreed upon in this process is called the derivative of that item.